All Collections
Grant Writing
Articles
What is Grant Proposal?

What is Grant Proposal?

Written by Omar Masari
Updated over a week ago

Project proposals are often considered to be the cornerstone of any organization's work, as they are the means by which donors are reached and then the funds are received if the donor accepted the project proposal and approved its financing.

Is a document that contains the details of the project that the organization wants to implement. This document is submitted to the donors for review and a determination of whether or not the donor will fund the proposal.

Project structure is different from one donor to another based on their requirements and submission forms. In general, project proposals must include several essential sections to be considered complete and provide the required information desired by the donor to decide whether or not to accept the proposal.

The project proposal usually consists of the following sections, often arranged in the same order but this is not the only one and it can be done in other ways:

Portal 365 enables you to write your project proposal in all its sections by providing accessible entry fields, drop-down menus of which you can choose, and formats that allow you to easily write the logical frame.

The system also contains pre-made data for project proposals that you can use as you write the proposal. The data will vary based on the programs that these projects belongs to.

The system also allows multiple writers in the same proposal by allowing writing and editing for more than one writer in the proposal and with the possibility of adding comments to each section either by the project manager or the proposal writer or any other person who is in charge of the proposal.

After completing the proposal, you can download it as a Word file (.doc) and then submit it directly to the donors or send it over to the consultants of the organization or any other entity you wish to show them the project proposal.

Here's a screenshot of how Portal365 allows you to write your grant proposal: 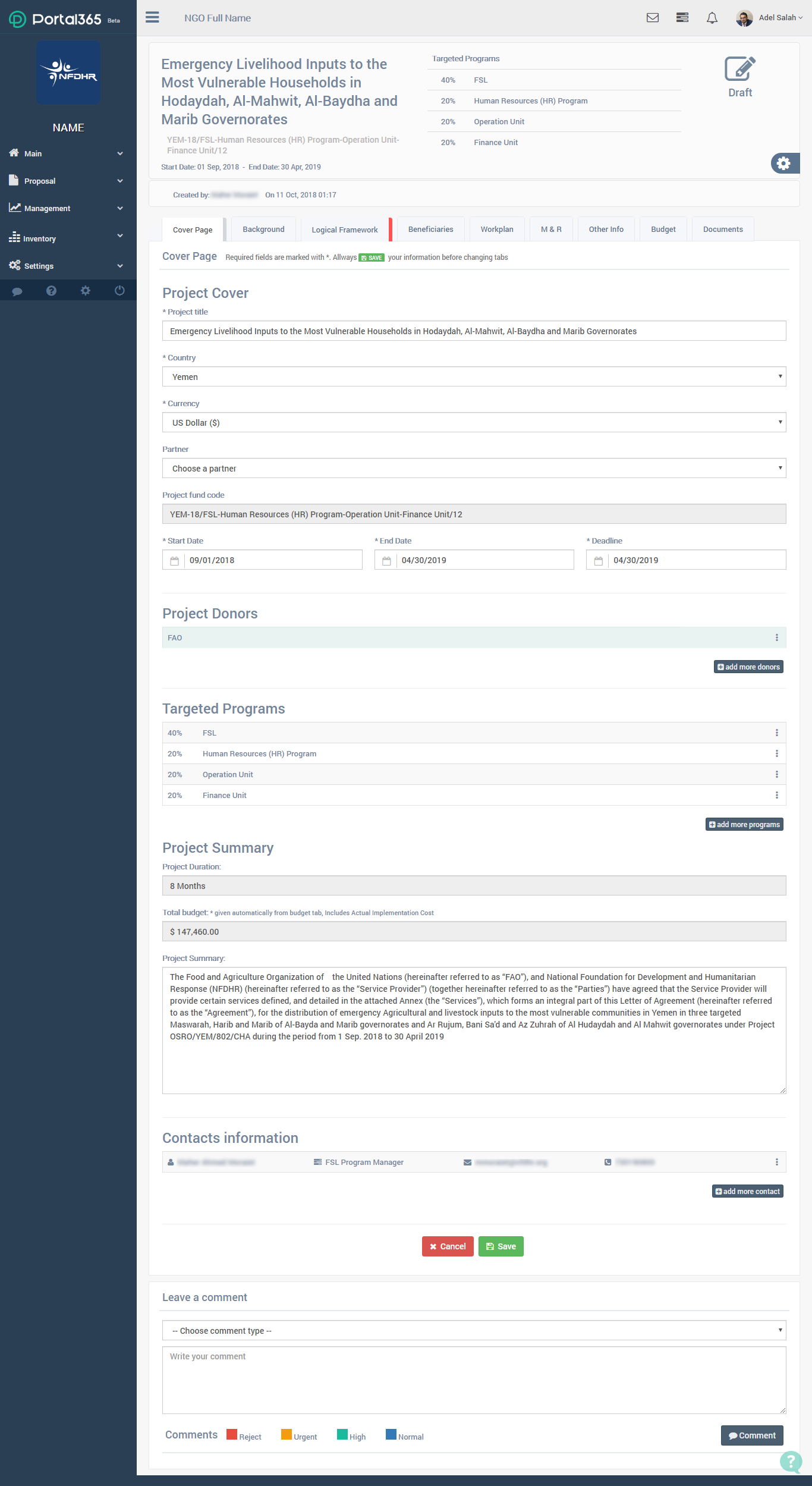